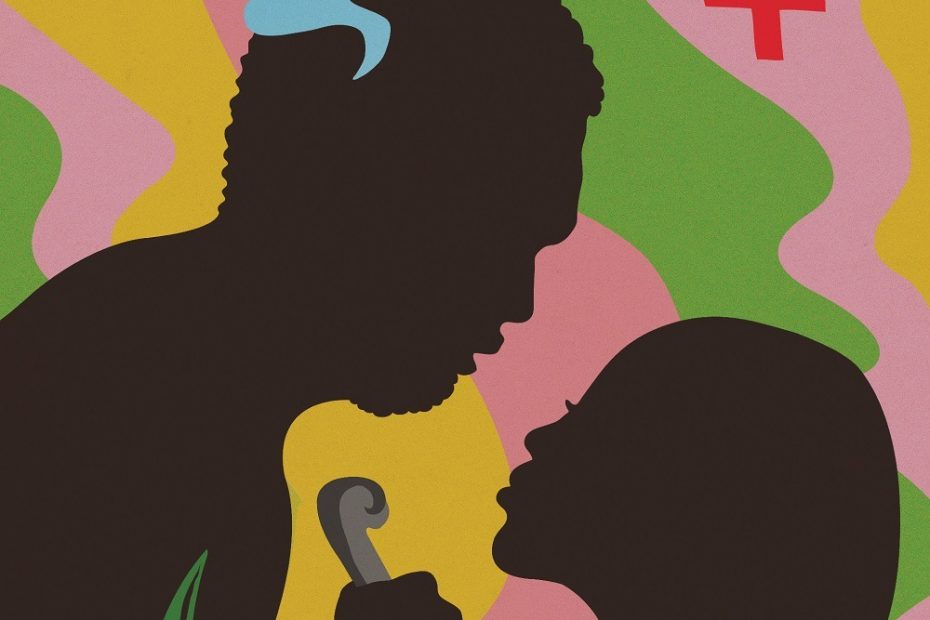 While there are so many incredible black voices currently bringing their perspective to the screen, there are also a vast number of pictures that laid the groundwork for African American cinema as we know it today. This list focuses on some lesser known works of black writers, directors, and producers, that broke boundaries in their own times by creating space for black art in the white dominated entertainment industry.

The second oldest known surviving film by an African-American director (the first being Micheaux’s The Homesteader), Within Our Gates directly spoke back to the white supremacy within Birth of a Nation, which had swept the country five years earlier. The stunning and unsentimental film showed the reality of being black in the United States and was made with the intention of uplifting black patrons and educating white audiences. Micheaux is quoted saying, “One of the greatest tasks of my life has been to teach that the colored man can be anything.”

Abandoned by her fiancé, an educated black woman with a shocking past dedicates herself to helping a near bankrupt school for impoverished black youths.

Considered one of the greatest films to combine the themes of race and religion, The Blood of Jesus explored morality, the African American family, and the meaning religious experience. Spencer Williams, who was most well known for portraying Andy Brown on the controversial 1950s television series Amos ‘n’ Andy, was the only black director of his time to sustain funding from white production companies, and continued to make “race films” throughout the 1940s with financial success.

In the rural south of the United States, a godly young woman is accidentally killed by her atheist husband. She reaches the Crossroads of Life where the devil attempts to lure her astray. Can she regain the straight and narrow before it’s too late? And what is to become of those she left behind?

The brainchild of William Greaves, Symbiopsychotaxiplasm: Take One is considered one of the most interesting and enduringly perceptive movies about filmmaking, employing experimental and documentary styles. Without openly commenting on race, the film investigates the challenges of being a black filmmaker through the brilliantly complex framework of a film within a film within a film.

In Manhattan’s Central Park, a film crew directed by William Greaves is shooting a screen test with various pairs of actors. There’s confrontation between a couple, exchanges between Greaves and his crew, scattered scenes, and discussions on the process of making a movie. Is there such a thing as natural language? Are all things related to sex? What’s the nature of making a movie?

Based on Parks’s semi autobiographical novel, The Learning Tree examines the complexities of black manhood in the 1920s midwest. The journeys and conflicting ideologies of two central characters remain a valuable exploration on how black men are expected to perform their masculinity in a white dominated society. Gordan Parks would follow The Learning Tree with the box office success Shaft in 1971, which would be essential in leading in a new wave of African American voices to the screen through Blaxploitation films.

Set in Kansas during the 1920s, the story follows less than a year in the life of a black teenager and the events that force him into sudden manhood.

A must see from Melvin Van Peebles, who took filmmaking mastery to the next level by writing, directing, producing, editing, composing and starring in this movie that is widely credited with starting the Blaxploitation movement. When no studio would offer funding, Van Peebles independently financed and filmed Sweet Sweetback’s Baadasssss Song over only 19 days. The film offers a strong criticisms of White America as well as a contradiction of the asexual, respectable Black male characters popularized in Hollywood at the time.

After the body of a black man is discovered, Sweetback helps two white ‘acquaintances’ in the police force to look good by agreeing to go with them to the station as a suspect. But he is forced to go on the run after brutally attacking the two policemen when they arrest and beat up a young black man.

This magical-realist, horror film explores black history, desire, and religion using vampirism as a metaphor. Writer-director Bill Gunn was a major figure in 1970s independent film, also working as a novelist, playwright, and actor throughout his life. Spike Lee is quoted describing Gunn as “one of the most under-appreciated filmmakers of his time.”

After being stabbed with an ancient, germ-infested knife, a doctor’s assistant finds himself with an insatiable desire for blood.

Dealing with themes of love, family, despair, and human dignity, Killer of Sheep arguably the most essential work of Charles Burnett. Burnett was part of the black L.A. Rebellion independent film organization at a time when independent film groups excluded rather than uplifted African American voices.

Set in the Watts area of Los Angeles, a slaughterhouse worker must suspend his emotions to continue working at a job he finds repugnant. Then he finds he has little sensitivity for the family he works so hard to support.

The first feature length drama directed by a Black woman since the 1920s, Losing Ground is a semi-autobiographical romantic drama focusing on intersections of racial and sexual identity. The film set itself apart from previous works by black woman though its intention to be viewed by a public audience; it would break barriers for Julie Dash’s Daughters of the Dust (1991), first feature-length narrative film by a Black woman to be placed in commercial distribution.

Sara, a cold college professor, and her husband, an ecstatic painter, spend a summer away from the city, straining their rocky relationship.

The first film directed by a queer black woman, The Watermelon Woman is a heartwarming and hilarious work that intertwines the history of African American cinema with present day experiences of friendship, love, and black lesbian existence.

Cheryl is young, Black, and lesbian, working in Philadelphia with her best friend Tamara. She is consumed by a film project, as she seeks information on a Black actress from Philly who appeared in films in the 30s under the title “The Watermelon Woman”.

While this film is the only one on this list made by a white producer and director, Something is one of earliest humanistic and sweet portrayals of blackness on screen. Unlike the many harmful stereotypes promoted in the media at the time, the leads of Something Good showed a sense of playfulness and genuine chemistry. The film was created as a remake of the popular silent film The Kiss (1896) and shows an African American couple kissing and smiling at each other for its 29 second run time.

You can watch it now through the link below.