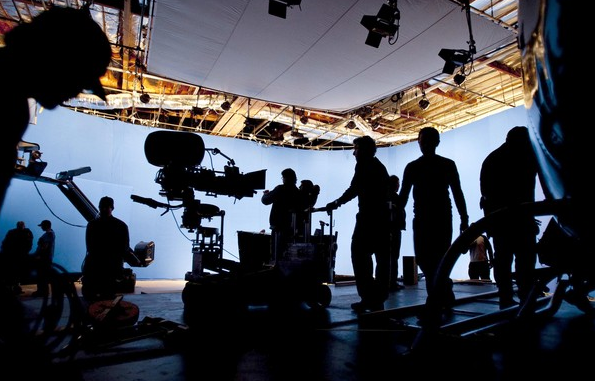 It can be intimidating for aspiring filmmakers to break into the industry. Especially when there are a lot of misconceptions about the filmmaking process.

Ted Sim from Indy Mogul compiled the internet’s most common myths about filmmaking. In this video, he discusses these myths with director Mike Pecci, who concludes which ones are true, plausible, or false. Pecci also provides insight into how to become a successful indie filmmaker as well as things to avoid.

PLAUSIBLE. Directors don’t necessarily need to know how to do everyone’s job but having that knowledge is very helpful. Understanding the time and amount of people needed in different areas of production will increase your efficiency.

2) Most of the budget goes to camera & lighting

FALSE. It doesn’t matter how good your camera and lights are. The things that go in front of the camera are just as important.

FALSE. Sundance is not the only way to “make it” in the industry. The path to a successful film won’t be the same for everyone. Film festivals are a great opportunity to observe audience reactions and meet other filmmakers. Even if your film gets rejected, Pecci suggests putting your films online to reach producers.

FALSE. Starting out as a PA is a great way to “get in” but it isn’t the only way to become a director. Some also break into the industry through writing or acting.

Oh, and leave your phone in your pocket.

FALSE. Cinematographers act as second in command. Some cinematographers on shows end up becoming directors because of relationships they’ve established with producers.

6) Directors have the power to change the framing any time

TRUE. That’s what they’re there for. However, the Director should communicate what kind of visual language they want to set for the film. Work alongside the DP for specific shots, lenses, etc.

7) You can make a living on directing alone

PLAUSIBLE. Whether you work in commercials or indie films, you’re going to be unemployed after every job. In Pecci’s experience, he found it difficult to do commercials while also prepping for a movie on the side. Aside from directing, he also works as a photographer and editor. It’s possible to make a living on only directing, but it’s very difficult. You should still be smart with your money.

AKA don’t splurge on that lambo you’ve been checking out.

8) Cinematographers and crew members should never talk to actors

PLAUSIBLE. One should know how to read the room. This means that you should analyze your particular setting and understand what’s appropriate. You shouldn’t talk to an actor when they’re trying to stay in character. It’s best to let the actors initiate communication.

9) Directors only rehearse one day before shooting

FALSE. It depends on the scene you’re doing. Sometimes a rehearsal is needed if you have a big blocking sequence. Sometimes improv is a better way to go if you’re working on a comedy. All actors are different.

FALSE. The Assistant Director manages all the logistics on set. They are your right hand when it comes to scheduling, making sure gear shows up, and keeping things running smoothly. Pecci considers them the most important part of getting your day done.