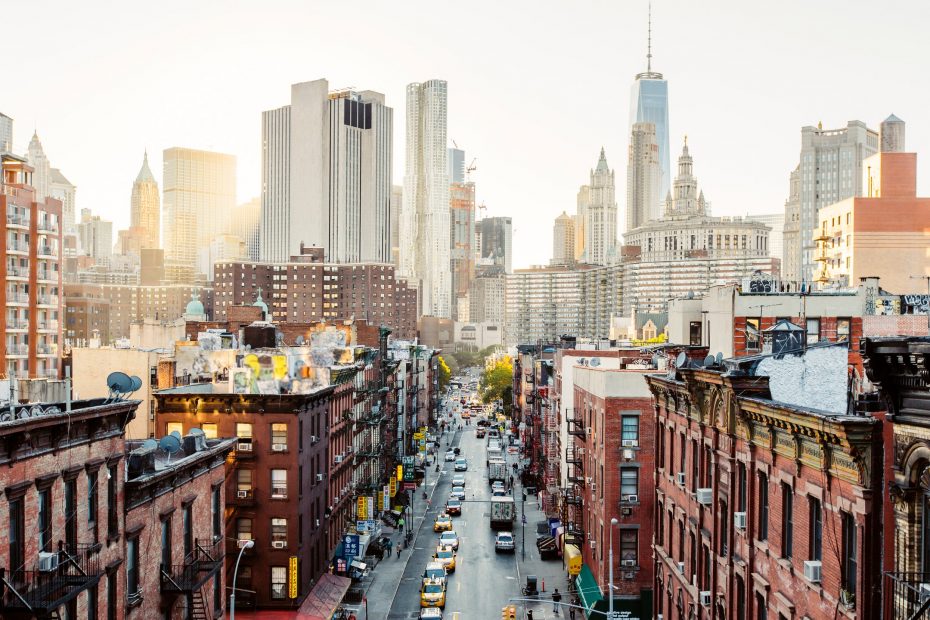 Movies often film in places other than they are set. It’s part of that movie magic thing we hear so much about. But sometimes the setting is as important to the story as its characters (or could even be considered a character itself!). Here are five movies purposefully set in NYC but filmed somewhere wildly different.

This, uh, adult story starring Nicole Kidman and Tom Cruise holds the Guinness World Record for longest continuous film shoot at 400 days. Stanely Kubrick, the brilliant if controversial director, sure knew how to torture his cast and crew.  One of his bizarre requirements for making the film, which was purposely set in New York City’s Greenwich Village, was to film in the United Kingdom of all places. You can definitely see the late night talk show-esque painted backdrops behind the windows. And, uh, Kubrick died 6 days after showing the final cut to his execs.

Jackie Chan’s action flick, literally named “RUMBLE IN THE BRONX”, was shot in Vancouver. When it was released in NYC, audiences chuckled at seeing snow-capped mountains in the background.

Ah, NEWSIES, if there is a quintessential NYC film, it is this one. The movie is literally about the NYC newsboy strike of 1899. How much NY can you get than labor strikes? Anyway, it was filmed in Hollywood. Talk about authentic.

It’s a little hard to make a movie in NYC, sure. A gallon of milk is twice as expensive as almost anywhere else. But maybe it’s time for New York to up its tax incentive game even more to bring productions about the city back to the city.

This movie on FILMOCRACY was actually shot in NYC. Check out this hilarious Robert Rodriguez inspired romp for free on our website.