And You Thought Your Family Had Problems 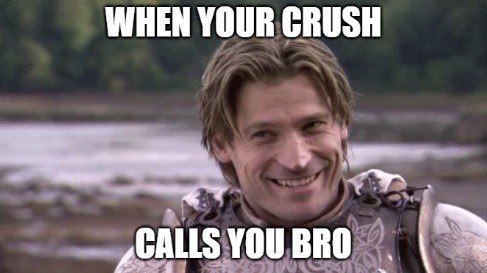 Ah family, what else is there to say? Every family has its issues, some are more dysfunctional than others. Maybe your family is one of those and every year when the holidays creep around you think to yourself, oh no, not again. You dread sitting through another Thanksgiving dinner with that one relative and you google last-minute trips you can take to avoid the family gathering. However, you end up going because you only see your family a few times a year. You tell yourself it could always be worse. And you’re right, it could. So why not console yourself with these 7 movies about families surely more dysfunctional than your own.

How do you deal with an overbearing family, especially when you are not the favorite child? Such is Steve Boyle’s (Joey Capone) dilemma. Steve, the youngest of the nine Boyle brothers, wants to run his family’s restaurant. Unfortunately, they just don’t think he’s up to the task. Admittedly, Steve is a bit of a screw up. So, what does Steve have to do to get his family’s respect? Watch and find out.

What do you do when your father’s dying wish is for you to go on a road-trip with your estranged, racist, homophobic half-brother to bury his ashes? Well, if your Lawrence Shaw (Ari Schneider), you do just that. While the film uses the homophobic brother as a lens to comment on the ills of homophobia, at its heart, it’s a movie about struggling against your own internalized homophobia even after you’ve already come out of the closet.

David’s (Val Emmich) present is thrown into turmoil when the return of his beautiful, but wild, sister Alice (Anna Moore) causes dark secrets from their past to surface. And yes, their relationship is exactly what you’re thinking it is based on that sentence. Add to that their troubled mother, let’s just say you would not want to be part of the dysfunctional family at the heart of this movie. Also, these are not the only interesting siblings on this list.

And we have another movie with siblings who are too close for comfort, this seems to be a popular theme. In this super trippy movie, Noel David Taylor and Sophie Kargman star as siblings who live in unhealthy symbiosis. Their delicate balance is thrown into chaos with the appearance of an oddly familiar outsider. Will the siblings be able to maintain their codependency? Should they even want that?

Terry Malone (Sarah Wilson) has created a great life for herself and she’s about to marry the wonderful Alex D’Amico (Billy Magnussen). However, there’s one thing holding her back. She needs to reconcile her present with her past, and that means seeing her family again. In order to move forward she needs to confront her father and brother’s alcoholism and her mother’s suicide so she doesn’t follow the same path as them.

On the outside, the Reed’s seem just like your typical modern-day family. However, they are harboring a host of dark secrets that not only threaten to tear them apart, but also their lives. Drugs, crime, murder are just some of the nefarious deeds that some of the members of this family take part in. By the end of this film you’ll be glad these aren’t your relatives.

Another movie about siblings with issues? Yep. In this British drama starring Benedict Cumberbatch and Claire Foy (before they became A-list stars), a married couple finds their life spiraling out of control when the husband’s estranged brother shows up. To say that these brothers have a past would be one heck of an understatement.