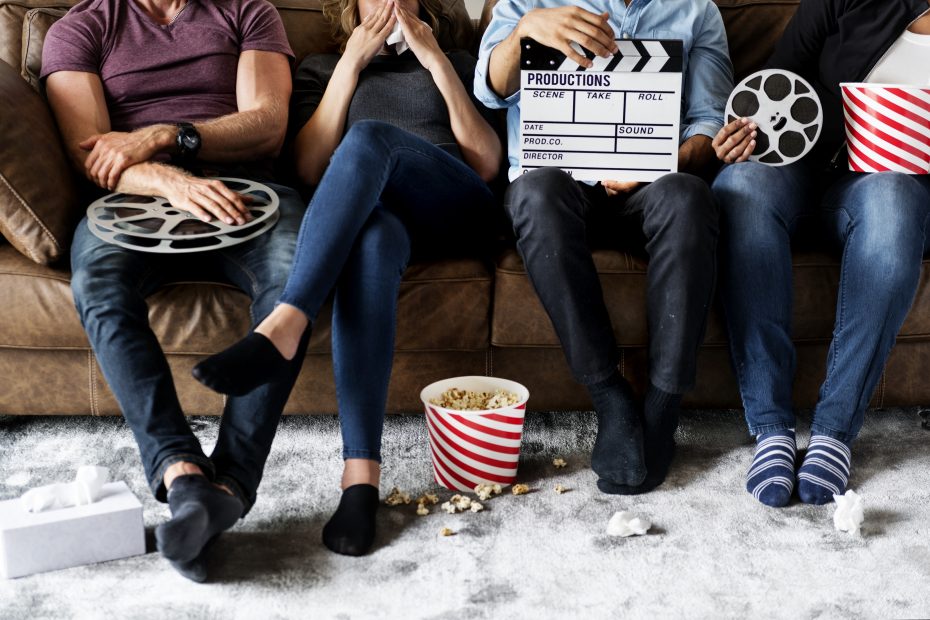 Remember when we used to do things like go to film festivals and enjoy movies together? The pandemic has taken away a lot of those opportunities in 2020, but film festivals have adapted quickly, and many have found new virtual homes. It may take some getting used to, but it’s now easier than ever to attend more festivals in more places than previously possible. The best part? There are festivals happening literally every week, and you’re no longer limited by where you live.

We’ve done the work for you so without further ado, below are the top nine festivals happening now through the end of 2020 that we think are the most amazing experiences. You’ll find virtual film festivals with the best cinematography, underground cartoons from China, environmental activism, one with a near-cult like theme & style, and the bridging of faith, music, & film. Read on, and hopefully we’ll be seeing you at the movies!

Started in 1997, the Tallinn Black Nights Film Festival has grown into one of the biggest film festivals in Northern Europe. They’ve spent over 20 years fostering an incredibly tight relationship with their audience, which has allowed them to grow to such a large size. They’re utilizing this years online edition to break the lineup into thematic days that seek to challenge the audience and foster conversation — even as we’re experiencing these films apart from one another.

As of 2014 the festival holds the FIAPF accreditation for holding an international competition program which puts the festival in the so- called A-category of film festivals, alongside 14 other festivals in the world.

Price: Tickets are available for 8 euros per film, which comes out to about $9.50.

This festival is about everything that we fear might be lost when moving virtual – networking, mentoring, workshops, & serendipiteous meetings beween the sceenings. The lineup of movies was curated by none other than industry veteran and co-founder of Slamdance, Jon Fitzgerald, and includes titles that premiered at SXSW and TIFF– and it all happens in a movie themed virtual village. If you’re tired with only watching screenings, or have been cooped up at home for the last few weeks and you need somebody to talk to, this is definitely your best choice.

Price: Tickets are available from $12 per screening or included with Filmocracy Festival Premium subscription.

What do Bill Plympton, Hisko Hulsing, Dahee Jeong, Spela Cadez, Tal Kantor, Paloma Baeza, Mirai Mizue, Lei Lei, Chen Xi and An Xu all have in common? They’ve all screened their innovative animated works at one point or another at this unbelievable underground festival celebrating the best of indie animators. They’re moving online in their ninth year, but they have no plans on letting that change the impact the festival will have. Tickets are available on a donation basis — so there’s no excuse to miss this one!

“Apart from watching the film, we have built an interactive 360 world! You will get a chance to go on a treasure map hunt to discover art and animation easter eggs! says Cartoons Underground co-founder Vicky Chen “Recreating the real festival experience, you will get a chance to meet and mingle with the directors of the films, and we are in the midst of getting heavyweight hollywood directors on as well! And you can do all of this in your PJs and comfort of your own home!”

Film festivals have been around for decades, and it’s likely that they’ve started to feel like there’s nothing new for them to attempt and that we’ve reached their full potential. Not quite so here. Diorama wants to redefine what we know as the film festival experience by utilizing the idea of connection to the best of their ability. Connection between art, commerce, and science of cinema as it relates to the audience and creating meaningful experiences. This is one you don’t want to miss.

The history of Film festivals dates back to 1936 but in the past eight decades, most festivals have turned into annual rituals and charades. Just when most Film Festivals seemed to have hit a roadblock, Diorama redefines the business of Cinema and Film Festivals. Connecting the dots between art, commerce, and science of cinema, Diorama offers networking, information, and entertainment to its loyal audience. The Diorama focuses on enabling, offering, and giving something to the film community. Would you not be part of Diorama’s International Creative Community?

When you think about architecture, you don’t usually associate it with filmmaking, but there truly is a festival for everyone. The Architecture & Design Film Festival (ADFF) is America’s largest film devoted to the creative spirit of architecture and design. The lineup includes films about the process behind architectural, graphic and product design, urban and environmental issues, architectural photography, historic preservation and much more. It’s the perfect intersection of two very different art forms, and should be immensely intriguing to see.

According to festival director and founder Kyle Bergman, “We’re excited about this new virtual format that allows us to bring architecture and design films to a much wider audience. We also selected a lot of uplifting films, which is something we could all could use right now.”

Films need money. That’s the unfortunate reality of filmmaking and why it can sometimes be out of reach — it’s expensive. The Silicon Valley International Film Festival (SVIFF) was birthed for talented filmmakers who long to bring their vision to life but have difficulty meeting individuals with disposable income who desire to work alongside with them. Silicon Valley is known for a higher than average income level thanks to the amount of technological innovation occurring in the area, so what better place to bring filmmakers and help them pave the way to creating more work. This is one to watch for those “I saw them when..” filmmakers.

Festival Director Christina Kim says, “SVIFF is thrilled to partner with Filmocracy during these crazy times. The silver lining in all of this is that for the first time ever we will be able to have tech professionals and filmmakers from all over the world networking in one place!”

Price: Tickets are available for just $20!

This one is incredibly special. In 2020, climate change is one of the major issues on everyones mind, and this festival aims to highlight locally made films that help educate audiences on the importance of environmental conservation and how they can help. They’ll be setting up speakers to take questions from the audience after the screenings end to further the conversation and allow the experience to go beyond the screen, and into the world.

No one recognizes the power of the universal language of film like the folks behind this festival. For nearly ten years, they’ve been run by a group of film enthusiasts, working film professionals, as well as students studying at top film schools. Film is a communication tool that encourages cultural diversity, and the lineup here is sure to spark some fascinating conversations that are not to be missed. In an effort to bring together filmmakers and other talents in the film market, DCCFF hopes to create an international platform for the creative minds behind films, as well as production and distribution companies from both China and the U.S.

“DCCFF showcases the best recent Chinese arthouse and independent cinema, including narrative, documentary, animation, and experimental films.  During this time of social distancing and cultural divide, it is more important than ever to promote empathy and understanding through the common language of cinema,” says Director of Programming, Shiyu Wang,

Diversity is what makes us human, and fostering environments that promote respect, cooperation, and unity through films centered on themes of faith, spirituality, and wellness will help us understand and accept one another more fully. In these times of great divide, it can be easy to brush off differing views, but this festival aims to challenge that and create a space where these ideas can be heard and celebrated.

Founder LaSonya Thompson says, “As we approach the holiday season, let’s counter the hate narrative with the power of solidarity.  Together we can celebrate our wins and overcome the global pandemic as a human collective.”

Price: Tickets are available for just $25!

That wraps it up for our top 9 online film festivals until the end of 2020. While this list is by no means exhaustive, we’re excited to recognize some of the most unique virtual film festival experiences in the world. If you have a virtual film festival upcoming and would like to be considered for our next list, please send us an email at events [at] filmocracy [dot] com.

And for those of you who are film buffs like us, definitely check out https://filmocracy.com and see how our festival premium membership can get you access to unlimited virtual film experiences for one low monthly price.