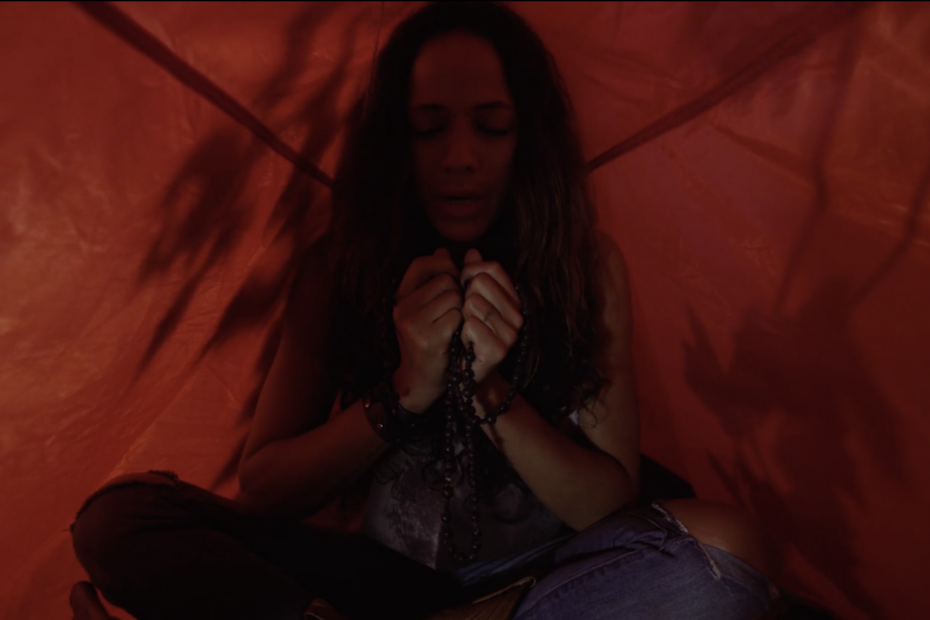 Being in the great outdoors sounds more ideal than ever until a crazy killer is on the loose and you have nowhere to hide but your junky tent. If the current pandemic isn’t enough to keep you inside your house, these terrifying trips to the woods might do the trick. Here’s a combination of classic slashers, urban legends, and spooky hidden gems that will make you rethink your next camping trip.

This 80s slasher tells the story of a young girl sent to a summer camp that becomes the site of a series of murders shortly after her arrival. The film is popular for its disturbing plot twist that will stick with you for a long time.

Aren’t college group projects horrifying enough? Six college kids who are assigned a group project to rediscover a moment in history decide to head into the backwoods of Georgia to investigate the legend of Emily Burt, aka the Talbot County werewolf.

Ashley “Ash” Williams (Bruce Campbell), his girlfriend and three pals hike into the woods to a cabin for a fun night away. There they find an old book, the Necronomicon, whose text reawakens the dead when it’s read aloud. The friends inadvertently release a flood of evil and must fight for their lives or become one of the evil dead. Ash watches his friends become possessed, and must make a difficult decision before daybreak to save his own life in this, the first of Sam Raimi’s trilogy.

‎‎▶ Watch it on: Netflix

A group of friends go to a secluded lakeside cabin for a weekend of fun. But the Masked Maniac has other plans for these teens and upon arrival, the friends are stalked and murdered one by one by these mysterious masked maniac.

Alex and Jenn have left the city to go camping in the country. After setting off in the woods, they realize they’ve forgotten their phone and they become lost. The trip turns into a fight for survival when they are stalked by a man-eating bear.

‎▶ Watch it on: Prime Video

The legendary Chupacabra tale comes back to life in this found footage flick. Four campers travel to Lake Emerald, Calif., to find and document the dangerous Chupacabra. In the Pinewood Forest, they had no idea what to expect but one week later, they disappeared.

It’s not a list of camping horror stories without Friday the 13th. Crystal Lake’s history of murder doesn’t deter counselors from setting up a summer camp in the woodsy area. Superstitious locals warn against it, but the fresh-faced young people — Jack (Kevin Bacon), Alice (Adrienne King), Bill (Harry Crosby), Marcie (Jeannine Taylor) and Ned (Mark Nelson) — pay little heed to the old-timers. Then they find themselves stalked by a brutal killer. As they’re slashed, shot and stabbed, the counselors struggle to stay alive against a merciless opponent.

An urban legend turns into a night to remember. Father Genova haunts the lands of Red Clay for his demon master. A group of friends and family make a trip to Red Clay to party in the lands, and knowing of the urban legend, wanting to see its truth. They encounter the priest and his mysteries of the lands. A night of horror will forever haunt them if they can make it out of the forest by day.

The Blair Witch Project is of the most successful independent films of all time. Found video footage tells the tale of three film students (Heather Donahue, Joshua Leonard, Michael C. Williams) who’ve traveled to a small town to collect documentary footage about the Blair Witch, a legendary local murderer. Over the course of several days, the students interview townspeople and gather clues to support the tale’s veracity. But the project takes a frightening turn when the students lose their way in the woods and begin hearing horrific noises.

This monster movie is a rare sighting itself. The story of Bigfoot, a large and ape-like creature, has been around for years. See what happens when Bigfoot kidnaps some women and some bikers decide to go on a rescue mission to save them.