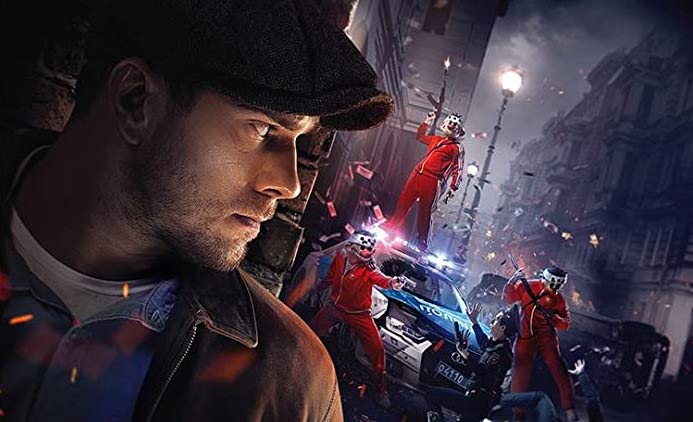 It’s time to lock and load. Here at filmocracy we pride ourselves to spotlight the underdogs. Today we target independent short action films, filled with blood guns and fistacuffs.
There’s only one rule; Narrative. Sorry stunt guys, no 5 min fight scenes showing off your kick-ass choreography.

Perhaps those will be explored in another video. Crack your knuckles, cause it’s time for Filmocracy’s Top 10 Action Short Films.

Sometimes short, sweet and to the point is all you need. This fan film really left an impression on us. Skull: Punisher Reawakened, is light on story but heavy on headshots.

While we love John Bernthal as The Punisher, and we can’t forget the amazing Adi Shankar short “Laundry Day” starring Thomas Jane… This Punisher look is comic-accurate levels of glory that we’ve never quite seen before.

In just under three minutes, this brutal short makes a perfect preview for another worthy Punisher reboot.

Imagine if the Ninja Turtles were cats. Now imagine fights that were bloody as hell with nothing held back. Well you get AlleyCats. A super gorey “R” rated animated short mixing 2D and 3D animation style that perfectly meld together to give us one hell of an enjoyable film. We follow an unnamed ninja cat as he cuts his way through a legion of enemies in order to enact his vengeance on the ferocious feline that did him wrong. A tale of revenge that will have you cheering every time a sword slices through the enemies furry flesh.

Did you guys say you want sci-fi action? Don’t worry we got your back. Shifter is an inventive and action packed short film that impresses in its production value and special effects that rival Hollywood’s.

We follow Striker, who’s on a mission to take down an oppressive authoritarian system using a groundbreaking process called “Shifting”.

With a villain ripped straight out of a comic book, we get a memorable elevator fight that’ll have you wondering where the feature length version of this film is.

​If the Raid had a spin-off flick, you’d get Night Shift.

If you’re a fan of movies like Bourne Identity and The Raid, you’re in for a treat.

It’s all about close-quarter hallway fights and kinetic cinematography. In this one, we follow a badass cop in a deal gone wrong. Losing her partner in the skirmish, she escapes the room and stumbles into a battle of will, and a fight for survival. Her only escape from the building is to fight her way out. You’ll be immersed in our heroine’s claustrophobic combat ‘til the end.

A broken man with nothing to lose is given one task. Kill the target or go back to jail knowing the same horrors inflicted on his family will continue on others. Everything is turned upside down when the whole city is out to kill him. In such a quick run time we get to be a part of an interesting world of crime and corruption that the filmmakers managed to establish phenomenally.The main character is also multilayered enough that we root for him everytime he is encountering trouble. The film feels like a small piece of a bigger world and we hope that we will get to see more of it in the future. Imagine a hero with the mix of donnie yen and Tony Jaa and you have the main hero of No Way Out.

​Mix all of your 80’s action heroes, Stallone, Schwarzenegger, Willis, Van Damm and a sprinkle of Conan O’brien, what do you get? CHUCK STEEL (deep manly voice)

Imagine if Rambo, Wallace and Gromit had a baby and you’d have one of the funnest adult animations to hit the internet. The plot is simple, a group of convicts have bankers hostage and it’s up to Chuck Steel to save the day.

It’s an over the top satirical take on the one man army premise, this short pulls no punches. The meticulous attention to detail makes every convict’s blood-bursting death come right out of the screen. Especially when accompanied by retro 90’s soundtrack to keep the blood pumping throughout this hilarious thrill ride.

You’ll have a gruesome smile across your face all the way through, Chuck Steel: Ragging Balls of Steel Justice.

From director Clint Jones filmmaker and crew member of Corridor Digital. He has given us one of the most brutal and hard hitting short films we’ve seen. Based on the video game of the same name we follow Wei Shen as he confronts his drug lord to tell him he’s finally finished with him.

Predictably, the lord’s not having it, which sends the tense situation exploding into a beautifully choreographed action set piece. In the spirit of a classic Kung Fu movie,

Sleeping Dogs will have you cringing in pain as we see Wei Shen mowing down his enemies one punch at a time. Brutal, amazingly shot and leaving out of breath by the end of it, Sleeping Dogs needs to be watched.

If you thought we were done with pop culture fan films, you thought wrong. We can’t ignore the greatness of this piece. Set in the universe of the japanese anime, My Hero Academia. ​This short creates its own American spinoff live action universe.

It follows a rookie hero in conflict with an evil group of super powered humans, or ‘quirks’ as the show names them. It’s impressive beyond belief. With some of the coolest, most inventive choreography ever seen at this level. Veteran stunt actors like Gui (Ghee) Da Silva and Shin Shimizu help propel the combat-driven story forward. If you’ve dreamed of watching a good live-action anime fight scene, Don’t miss UA: LA.

In the year 2021 a virus has been released that kills its host in just 24 hours. The cure has been found and it’s up to our heroes to get it to the public and save millions or risk the end of the world.

This is the essence of independent filmmaking. With a crew of 3 people and a 15,000$ budget, this film could not exist without the love, time and determination these filmmakers had.

Using a variety of techniques like miniatures and perspective shots to pull off impressive stunts and set pieces, we get an adrenaline rush of shootouts, car chases, parkour and hand to hand combat. This short is a full package.

As the filmmakers state in their description of this movie, everything was self taught and studied through tutorials on YouTube. If you think the only way to pull off a Hollywood spectacle is by having billions of dollars, then think again, The Cure is the antidote to that stigma.

Based on the comic book, Major Grom, this short film is the epitome of action. It explores a variety of flavors; from a gritty heist, to high-octane Gun-Fu, and even a little good old fashion swashbuckling by the end.

Major Grom is incredibly likeable. Playing like a Russian Captain America. We follow him as he attempts to stop a bank robbery, which escalates into an ambitious sequence of events accompanied by a bombastic score. You’ll have a blast watching this exhilarating adventure masterfully woven with comedy. It has the energetic spirit of the Kingsman movies, but with its own unique voice. We could go on about this short, instead, we’ll leave you with this scene and let you decide for yourself if Major Grom is worth your time.

So that’s it, 10 short action packed films. If you enjoyed this please subscribe and follow our social media.

Let us know if you want more and we will make sure to deliver.

If you have a short film yourself that you want to upload, visit filmocracy.com, the hub for short independent films. Join our community. Join the Film Family. Also if you have any short films you would like to recommend please let us know in the comment section below we read everything you send.

That’s it for now. Hope these action films don’t leave you too amped up. See you next time.