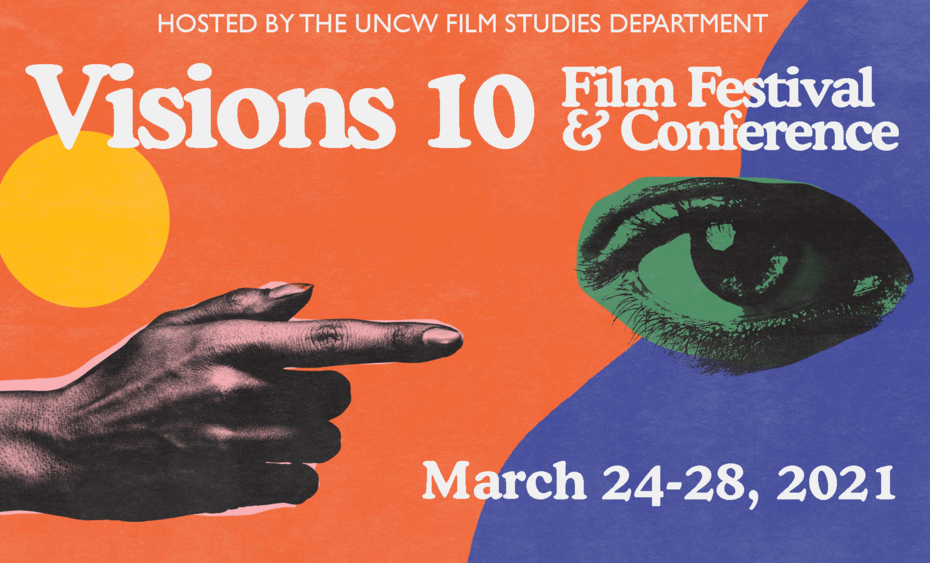 Who else has been lacking in a bit of laughter these past few months? As much as the pandemic has isolated us all, hopefully a sense of community can help uplift your spirits.

This month, a range of film festivals hosted by Filmocracy and others are taking place online, including ones that are comedy and drone-based. We hope you enjoy and attend those that appeal to your interests!

Festival Director Jay Seidel shares: “The Southern California Drone Film Festival highlights and recognizes the skill, achievement, and creativity of today’s aerial visual storytellers. The virtual event on the Filmocracy platform allows attendees the opportunity to access the amazing content, industry interviews, training, and sponsor information from anywhere in the world and any time of the day.”

Take a look at the virtual festival here!

Manchester Film Festival is proud to be a BIFA qualifying festival. It is a truly independent film festival, one that champions cinema from around the globe and doesn’t put barriers on the films it screens. The organization is proud of its honest and transparent roots and is committed to screening the best stories from around the world, right in the heart of one of the UK’s most vibrant cities.

Check out the film program and FestVillage here!

Director Lexy Krumm shares: “The Visions 10 Film Festival & Conference is excited to celebrate and unite a diverse community of undergraduate students through scholarly analysis, discussion panels, and cutting-edge screenings. Visions is hosted by the University of North Carolina Wilmington Film Studies Department. By undergraduates, for undergraduates, Visions offers unique opportunities for passionate film students and film enthusiasts to collaborate and showcase their work in an environment that supports and celebrates artistic expression through film.”

As the only undergraduate peer-reviewed joint film festival and conference, this event creates an enriched experience for filmmakers and scholars through a wide spread of panels and workshops, alongside conferences and visionary screenings. Visions 10 aims to be a space to share and uplift voices and programs films, presentations, and workshops in hopes of creating dialogue about disability, diversity, equity, gender-identity, and inclusivity.

The Visionary Filmmakers Showcase is the first of its kind, a monthly
event where exceptional new talent is celebrated and honoured.

Dr. Rebekah Louisa Smith describes the festival, saying: “After a
successful pilot launch in LA during March 2020 just before the pandemic began, the event will soon become a permanent fixture when things return to normal at the historic El Cid. I am so excited to move The Visionary Filmmakers Showcase on-line [and] it will be hosted each month with Filmocracy and we can use their state of the art platform. This showcase screening differs from other types of events as only the highest quality shorts are screened from around the world and will compete for the Best of Fest award. I’m thrilled to have such an established jury judging this month’s films. We have Ross Plummer M.D. of the Ridley Scott Creative Group, Jenna Suru from the Paris International Film Festival & Laura Powers from the Behind The Scenes Podcast.”

Our mission statement is for the audience to discover new and
exciting talent. Our goal is for all of our filmmakers to meet and
connect with new film industry professionals and make solid connections that will lead towards building meaningful relationships.

This festival is presented and produced by The Film Festival Doctor
team and created by the founder of the company, Dr. Rebekah Louisa Smith.

Submissions are currently open via FilmFreeway. 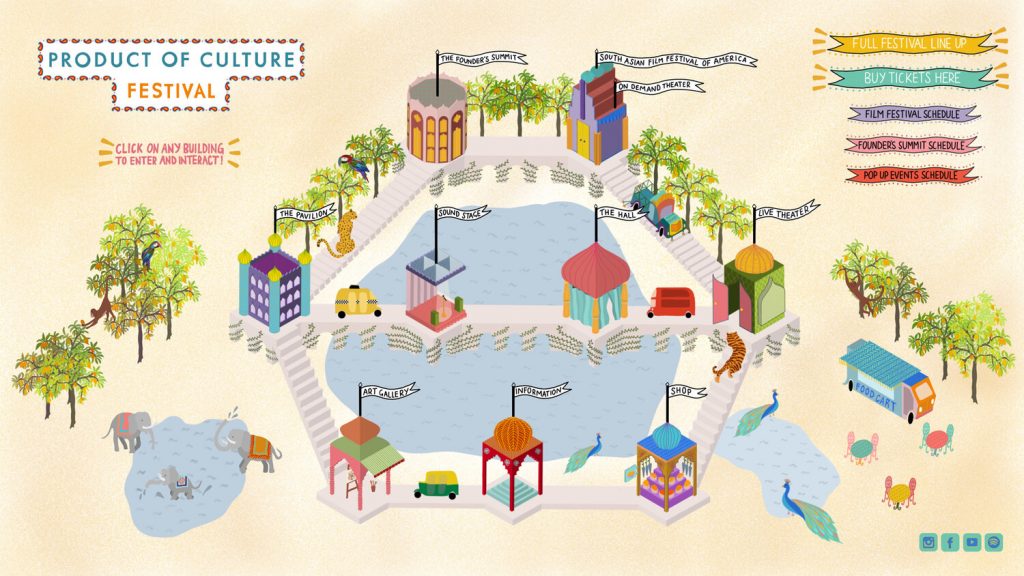 To check out the largest digital festival for South Asians, go to FestVillage here.

Toronto Short screens over 100 short films every year, making it the biggest short festival in Toronto, and every film is selected from FilmFreeway submissions.

Toronto Short alumni have gone on to enjoy frequent screenings on the wider festival circuit, garnered numerous awards for their work, and gone on to bigger projects with collaborators found at the festival.

To watch their featured films, visit their Eventive catalog here!

Festival Director Larry Rosen describes how the festival has adapted to an online setting, saying: “Grove Film Festival focuses on connecting filmmakers with an audience to showcase their films in a relaxed and fun atmosphere, focusing on networking and building connections. As everything has changed and we can not all gather together right now, Grove Film Festival has gone virtual to continue to help connect filmmakers with an audience of film enthusiasts. As we approach our 6th year, we continue to showcase quality films and work tirelessly at promoting and supporting independent film. We at Grove Film Festival don’t view a film festival as just an event you attend and leave, but as a community that we continue to build upon. Our festival is normally held at Brightside Tavern in Jersey City, in their 2 screening rooms.”

Check out the 2021 festival lineup here!

Ticket prices: $6 per block or $12 for an All Access Pass 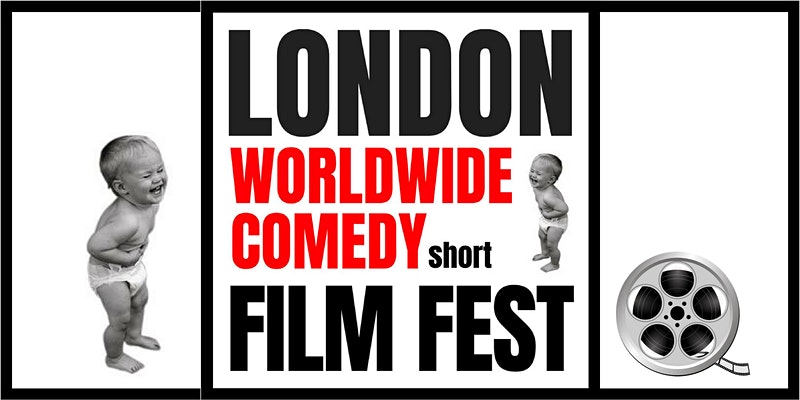 Craig Bell, Member of WWCSFF Festivals, shares how the festival
operates: “London and the UK has a long, illustrious history of comedy from The Canterbury Tales to Monty Python. It is also a global centre for production companies and talent agencies that are looking for new talent to provide comedy content for the ever expanding market of online entertainment, digital content marketing and advertising. We have a database of these companies and agencies and update them about the talented filmmakers participating in our festival.

“Being able to share great, undiscovered comedy films is a real buzz
and delight for us and our festival is an essential calendar feature
both for audiences wishing to have some great nights of laughter and for the discovery of new comedy creators,” writes Bell. 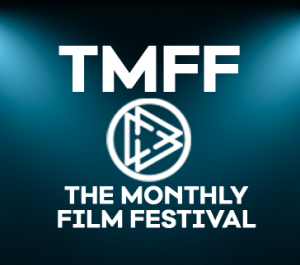 Director Andrei Florescu explains how the festival came about:
“Founded in 2015, and one of the most popular online film festivals out there, The Monthly Film Festival (TMFF) has received +12,000 films so far from over 120 countries. With a focus on shorts, the films that we have nominated and awarded in the past have gone on to become finalists in important festivals and even winners of prestigious awards such as the BAFTA Cymru Award for Best Short Film. We create a dedicated page for all our selected films, where people can watch the films or trailers and vote for the audience award.”

Every official selection is automatically entered into our extensive
FILM COLLECTION comprising over 3500 titles that anyone can easily access to watch the films for free.

To submit, feel free to use our entry form or go on FilmFreeway.

And lastly. . . a featured event hosted by Filmocracy!

The Summit’s goal is to bring a community of thought provokers together from different facets of the entertainment, media, and tech industries to collectively solve how we support and nurture up-and-coming talent – as it pertains to women and underrepresented groups who have an interest in being creative leaders.

Take a look at the FestVillage here!

If you have an upcoming virtual film festival and would like to be featured on our next list, please send us an email at events [at] filmocracy [dot] com.

For film enthusiasts and film fest lovers, check out Filmocracy and see how our festival premium membership provides access to unlimited virtual film experiences for one low monthly price.