Why Streaming Sites Are All The Same 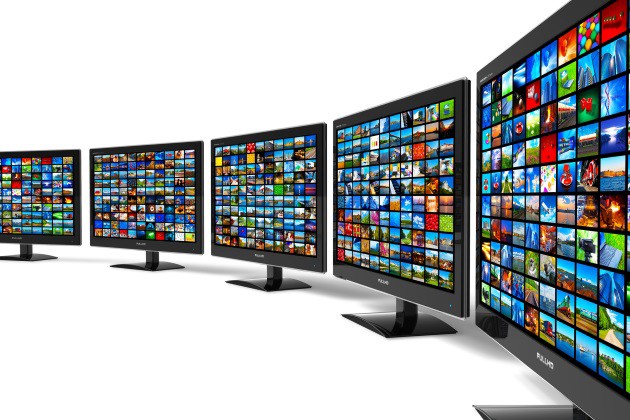 In 2011, it was reported by Canadian networking equipment company Sandvine that 52% of upstream traffic in North America was from file-sharing service BitTorrent. However due to the rise in high quality and inexpensive streaming sites, that share of upstream traffic by BitTorrent decreased by half to about 26%, further demonstration of the idea that piracy is a symptom of accessibility and not principal.

Unfortunately Sandvine is now reporting that the trend has flipped again for the first time in 7 years with BitTorrent’s upstream traffic increasing globally. This trend is most prevalent in areas like the Middle East, Europe, and Africa where now 32% of all upstream network traffic is from BitTorrent.

But why is piracy making a triumphant return? Irritating exclusivity in streaming services.

“More sources than ever are producing “exclusive” content available on a single streaming or broadcast service — think Game of Thrones for HBO, House of Cards for Netflix, The Handmaid’s Tale for Hulu, or Jack Ryan for Amazon. To get access to all of these services, it gets very expensive for a consumer, so they subscribe to one or two and pirate the rest.”

It’s gotten to the point now where there are so many upstart streaming services that don’t have any clear differentiation from one another aside from content that the consumer is being forced to pay more in aggregate streaming fees than they once did for traditional cable services. It’s no wonder that consumers are fleeing back to consolidation programs like Kodi that facilitate watching all of your favorite content in one application. That’s not to say that piracy is the simple solution, however the ever increasing number of streaming sites and exclusivity deals will continue to push consumers towards pirating their favorite content if only for their sanity and simplicity.

Let’s take a look at the top streaming competitors to the big 4 streaming sites (Netflix, HBO, Hulu, and Amazon).

Mubi’s angle is extreme curation. They only offer up to 30 films at a time and will remain there until 30 days is up. Mubi’s hope is by removing the paradox of choice from the equation it can make up for the lack of library backing them up.

Known as Yaddo before being acquired by Amazon, Docsville is an add-on to Prime but can be individually purchased for £3.99 a month. As the name suggests, Docsville only deals in documentaries — both feature films and multi-part series.

May she rest in peace as of November 2018. Relying mainly on the Criterion Collection and other curated classics and indies supplied by Turner International, Warner Bros, and Curzon Cinema Chain — Filmstruck gave users access to plenty of titles that other sites miss next to exclusive director interviews, deleted scenes, featurettes and commentaries. Before she had the plug pulled by big Warner of course.

Yet another add-on to the behemoth known as Amazon, Shudder specializes in “the largest and fastest growing” collection of genre titles. The site also includes real uncensored user reviews, unlike well, you know who.

Self-proclaimed as “the Netflix of forgotten films”, Flix Premiere bills itself as an online cinema. The site also runs “red carpet events” (a timed window of exclusivity for new releases). Some of the titles on the site have been forgotten for a reason, but there are plenty of genuinely great films to discover — and the pleasure comes from finding something you didn’t expect.

SnagFilms offers thousands of free movies to stream online but relies on advertising so you will get the occasional pop-up when you start watching. The films don’t have closed captioning either, so that could be a deal-breaker if you rely on subtitles.

So what have we learned from looking at the next seven streaming competitors to the majors? The only difference between all of them is their content, whether it was separated by genre or target demographic. But when some boast less than 30 titles while others have extensive libraries of thousands, the true question is really quite simple.

How do you decide what to watch?

Whereas it was once as simple as looking at the star rating on Netflix, that eventually gave way to googling “What to watch on Netflix?”. But what happens when you google “What to watch on Filmstruck, Shudder, or any other minor streaming site? Not enough data. And good luck trying to find reviews for the thousands of unknown films that litter a majority of these libraries. Most will only have a handful of (friends and family) reviews on IMDb or RottenTomatoes (if that). So we’re ultimately left to decide what to watch based on a small thumbnail of a poster of a film we’ve never heard of, starring actors we’ve never seen before.

2 thoughts on “Why Streaming Sites Are All The Same”